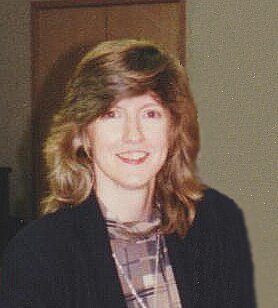 Shirley Terry Lehoski was born into eternal life on October 15, 2022 at the age of 63. With loving embrace we know she was welcomed into heaven by her parents Charles and Joyce Terry who she dearly loves and missed.

She was born on May 13, 1959 in Houston, Texas, the only child of Charles & Joyce Terry. Shirley was raised in Oak Forest and graduated from Waltrip High School.  Shirley worked for American General until her daughter Laurie was born. Without hesitation, and with the support of her husband Don, she took time off to devote to being a full time mother to Laurie. Later she took a position as a Property Manager for Glenshire Subdivision where she worked until August 2022.

Shirley’s role as a mom to her daughter Laurie meant more to her than anything else in the world. She treasured their time together doing even the simplest of things.  Shirley was a person of deep faith; she drew even closer to the Lord during her battle with cancer and was grateful for every prayer offered on her behalf. She was an avid reader and a Star Trek fan, she enjoyed nature and swimming; she loved her  1977 Monte Carlo and her job as a property manager.  She also enjoyed playing games and doing puzzles with family and friends.  She had a quick smile and laugh for everyone she met.  She was kind and generous and concerned for others, especially her family members.  Shirley truly loved her kitties, they were a comfort and joy to her, and they always delighted her with their antics.

During her treatments, she remained positive and appreciative of everyone, especially for their prayers and support, her faith was strong, and she was brave and courageous through it all.  She had a special way of encouraging the people who cared for her and she would brighten their days.

We miss her dearly and thank God for the blessing of her beautiful life shared with us. Shirley will always hold a special place in each of our hearts; she will always be with us in treasured memories of time spent together.

Share Your Memory of
Shirley
Upload Your Memory View All Memories
Be the first to upload a memory!
Share A Memory